The Side Project worth $35M: Instamojo Success Story

Instamojo was on the verge of closing in 2017 but today is a $35 Million valued startup. Learn how to rise from failure and win again. 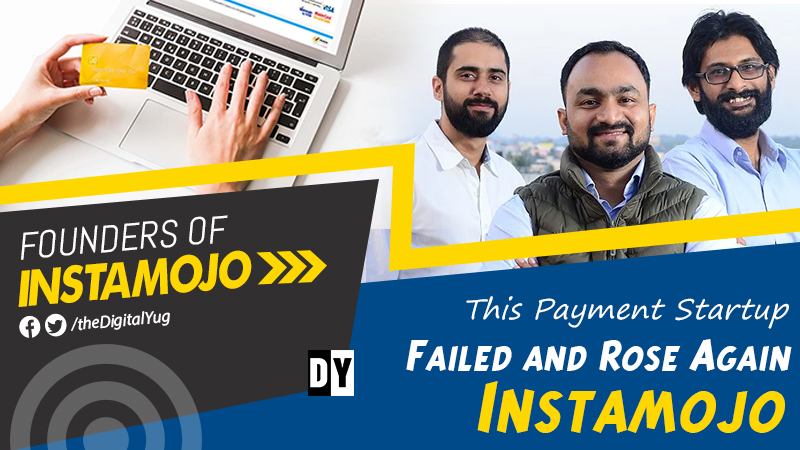 India is undergoing widespread digital transformation, bringing business value chains into the digital fold and allowing for cross-supply chain knowledge sharing. Small and medium businesses are an essential part of India's manufacturing and service industries. To fully realize the benefits of mass digitization, small and medium businesses must have access to enterprise-level technologies with scalable pricing models.

SaaS(Service as a Sector) as a business model is well suited to catalyze this change, and cost-effective digital platforms will assist India to transition from a "data-low" to a "data-rich" economy.

This is where Instamojo comes into play. Making digital purchases is a lot simpler with Instamojo. The fact that the technology and other elements are the same as any different payment mode, they have managed to place it so that digital payments are swift and efficient. The problem they face is that many substitutes, such as Paytm, have arisen in recent years.

Harshad Sharma, Sampad Swain, Aditya Sengupta, and Akash Gehani formed Instamojo in 2012. The team's current CEO is Sampad Swain, and the company's founder, Harshad Sharma, has left the company. Instamojo is a digital payment portal and e-commerce store located in Bangalore. It is aimed at digitally selling merchandise and paying fees online. Anyone with a bank account can join Instamojo and sell or purchase items on this digital marketplace. Instamojo handles the billing and distribution parts of the process. It is easy to use for the following reasons:

How did Instamojo Start?

Instamojo has seen a 25-30% increase in traffic since COVID-19. Instamojo's user base in the education sector has grown by 66.58% in online presence and purchases since April. Computer accessories and services businesses have seen a 95.4% rise in transactions. In comparison, B2B businesses have seen a staggering 117.54% increase. Online sales have increased by 86.12% in the grocery retail and service market.

According to the company, travel volume has increased sixteen times. In addition, the number of transactions in travel companies has increased three times. In the coming years, Instamojo expects to expand its offerings outside India. The firm already has 130 employees and is looking to recruit additional experts in technology, product development, and architecture.

About 1.2 million customers use the payment portal solutions provider, including prominent names like UrbanClap, 91 Springboard, Dunzo, Adani Realty, and others. Instamojo enables any company owner to start selling their products online and accept digital payments in various ways. It also allows companies to create online shops easily, customize them, and maintain them through mobile and web. Its main selling point is an easy and fast configuration process that even a novice Internet user can understand. Instamojo also allows its customers to pay using various online methods, including net banking, wallets, email, SMS, WhatsApp, and even Facebook.

Instamojo's mission is to encourage individuals and businesses to use the Internet to expand their businesses by providing them with all of the resources they need. Simultaneously, they intend to do the same in other countries around the world in the coming years.

Previous article How Did Nokia Story Fail After Selling One Billion Phones?

Next article Learn How to Use Technology in Business: Cure.fit Story