Different Types of Cryptocurrencies Available in the Digital World

Types of Cryptocurrencies in the Market: Complete Analysis Types of Cryptocurrencies in the Market: Complete Analysis

The concept of cryptocurrency is derived from a technique “cryptography” that was used to send secret messages and to secure information from attackers. The same concept works in cryptocurrency as well. It is electronic money that is made using the technology to make the transactions & keeping the privacy of receiver and sender unharmed.

This digital currency is designed to be cheaper, faster, and more reliable than traditional government-issued money. There is no role of government in activity related to digital currency, whether it is storage, transactions, or creation.

What is Cryptocurrency? – Requirements

As of August 2018, there are around 1600 cryptocurrencies, and it is growing continuously. A new digital currency can be produced at any time. But here we will discuss only those cryptocurrencies which are more popular.

Bitcoin came into existence in 2008, and since 2009 it has become the most popular cryptocurrency worldwide. Bitcoin became the new symbol of cryptocurrency. With bitcoin, a huge technological movement started. It was the beginning of a new era. Bitcoin covers around 40% market of cryptocurrencies because many stores accept bitcoin. There are around 21 million bitcoins.

Bitcoin is a decentralized currency that doesn’t rely on any bank or financial institution. That allows anonymous transactions throughout the world. All the transaction happens through a peer-to-peer network, which means directly from sender to receiver. All the transactions are encrypted and secured within the blockchain, everyone can see it, but the holder of this “private key” will be able to decrypt it.

Ethereum is also a type of cryptocurrency which was created in 2015. It is the second-largest cryptocurrency after bitcoin by market cap. It is an open-source platform that is based upon blockchain technology. It helps people to develop tokens, Dapps, and smart contracts. The transactions carried out by Ethereum are very fast. There are multiple projects made using Ethereum.

Ethereum is a decentralized software platform that allows Decentralized Applications (DApps) and Smart Contracts to be created and run without any downtime, control, fraud, or interference of a third party.

Litecoin was launched in 2011, and it is an improvised version of bitcoin; hence it is a lot like bitcoin but has some advanced features. In comparison to bitcoin, Litecoin is much cheaper. Litecoin transactions take seconds to complete on the other hand; bitcoin transactions take around 10 minutes. Litecoin is a better option for small payments; that is why it is called Litecoin.

Litecoins are scalable and make the transactions faster than any other cryptocurrency. It is a great option for micropayments as it is cost-effective. Litecoin is the world’s sixth-largest digital currency.

Launched in 2012, Ripple works the same as bitcoin. Ripple acts as both a digital currency and a digital payment network for financial transactions. Ripple is different from other cryptocurrencies because its main focus is to move money on a larger scale. Many governments and financial institutions have adopted Ripple, and many more are about to adopt it.

The reason behind its huge success is adoption from various governments and financial institutions. In the world of finance, Ripple is the best alternative to fiat currency. By market cap Ripple is the third-largest cryptocurrency in the world.

Bitcoin Cash is also a type of digital currency, and the main motive behind the creation of this digital currency is to improve some features of Bitcoin. In 2017, BCH came into existence after its split from bitcoin. The main reason for the split was a strict limit of the block size, which was one MB in bitcoin. After splitting from bitcoin, BCH increases the block size from 1 MB to 8 MB.

The motive behind increased block size was to allow faster transaction times. After Tether (USDT), Bitcoin Cash (BCH) is the fifth-largest cryptocurrency in the world by market cap.

Libra is one of the most hyped digital currencies of 2020. In mid-2018, there were rumors that Facebook Inc was developing its digital currency. The rumors were confirmed when in June 2019, Facebook officially released the whitepaper for Libra. Soon, Libra will be seen as a new Facebook subsidiary. When it launches, it surely will get massive attention from all around the world, which includes the cryptocurrency sphere as well.

Apart from all these cryptocurrencies, there are several other currencies. All of them can’t be discussed at a time. But here is a list of the most recent and famous cryptocurrencies for your reference.

I hope, after reading this guide you have got an idea about the different types of cryptocurrencies that exist in the digital world. Now, you have become familiar with the most popular digital currencies, whether it is about technology or trading. You can use these cryptos according to your personal and business requirements.

Next article 6 Underrated Bollywood Couples who are Truly #COUPLEGOALS 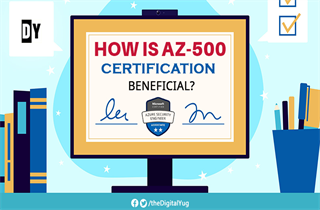