Alcohol intake can easily be seen as the culmination of thousands of years of tradition and a lifetime of habit. But have you ever given thought to why you want to drink? Understanding what motivates people to drink is crucial to further understanding their desires, i.e., what encourages them to drink less or in a less unhealthy manner.

Why People Drink? – The Motivation

Everyone may come up with a variety of explanations why they drink, making a scientific explanation of the reasons difficult. However, there is a theory called the motivational model of alcohol use, which claims that we drink because we expect to feel better afterward. The model's theories contributed to a new conception of what motivates people to drink, which was first formulated to aid in treating alcoholism.

The model suggests that people drink to increase positive feelings or decrease negative feelings. Internal incentives, such as improving a desired personal emotional state, as well as external rewards, such as social acceptance, empower them.

As a consequence, all drinking motivations fall into one of four categories: enhancement (because it's fun), coping (to forget about my problems), social (to celebrate), and conformity (because it's expected) (to fit in). People are not just one kind of drinker or the other when it comes to various drinking motives.

According to this model, all other variables, such as biology, personality, and climate, are simply influencing our drinking motives. As a result, drinking intentions are the last resort when it comes to consuming alcohol. That is to say, they serve as a conduit for all of these other forces.

Now let's closely discuss all the four types of drinkers to know more about each of them.

Almost all of the study on drinking motivations has been conducted on teenagers and young adults to date. Social reasons are the most common reason given by young people for drinking alcohol across cultures and countries. According to this model, people drink for having fun with peers. This supports the notion that drinking is primarily a social activity. Moderate alcohol consumption is linked to drinking for social reasons.

People who only drink on social occasions to fit in – rather than because it's something they'd usually do – drink less than those who drink for other reasons. These are the people who would raise a glass of champagne as a toast or hold a bottle of wine in their hands to avoid standing out among the other drinkers.

Programs like Hello Sunday Morning have been inspiring people to stop drinking for the past few years. They could also be reducing the negative reinforcement some people get for not drinking by making something more socially acceptable, but this is a hypothesis that needs to be tested.

Aside from drinking for the sake of socializing, there are two groups of teenagers and young adults who have a particularly dangerous personality and drinking purpose.

First, many drink to enhance their appearance. Extroverted, impulsive, and violent tendencies are more common among them. These young people (many of whom are male) are more likely to deliberately seek out drunkenness – as well as other intense sensations – and to have a risk-taking attitude.

Second, people who drink mostly for coping reasons have higher levels of neuroticism, lower levels of agreeability, and a negative self-perception. These alcoholics may be using alcohol to cope with other issues in their lives, especially anxiety and depression. Drinkers who drink for coping purposes are more likely to be female, drink more heavily, and have more alcohol-related issues than drinkers who drink for other reasons

Although drinking to cope with problems can be successful in the short term, it has long-term implications. This may be due to the failure to solve the issues that contributed to the drinking in the first place.

To have a drinking problem, you don't have to be an alcoholic.

"I'm an alcoholic, so I have to go cold turkey" or "I don't have a problem, so I can drink as much as I want."

There are many people in the middle, as there are in most things in life.

Problem drinkers are much more common than alcoholics, and they are less likely to join organizations in which they would be labeled as such. You can get a professional opinion about how serious your issue is by taking a free 45-minute online checkup.

Even people who binge drink daily may not be alcoholics. But you'd be shocked by show many binge drinkers there are: according to the Centers for Disease Control and Prevention (CDC), one of every six Americans consumes about eight drinks at a time, four times a month. Even though the majority of them are not alcoholics, their drinking may be impacting their grades, jobs, and relationships.

Does this imply that they would go cold turkey? Alcoholics and those that have been affected by them can tell you that anything less than sobriety is a half-measure and that if you think you can cut back or drink safely, you're lying to yourself.

Knowing the motivations of heavy drinkers can lead to measures to reduce harmful drinking, according to encouraging studies. For example, one study discovered that tailoring counseling sessions to drinking motivations reduced consumption in young women while not affect men.

We only know about the drinking motivations of those in their teens and early twenties limits this research source. Our knowledge of why adults drink is minimal, which is something our research group hopes to investigate further in the future.

Consider why you are going to drink the next time you have a drink. Many people go out at night to relax and have a beer. However, if your goal is to get drunk, you stand a better chance of harming yourself than other people.

Alternatively, if you're trying to drink your troubles away, keep in mind that they'll always be there the next day.

Next article 7 Health-Related Startups in India: Story of Entrepreneurs

Why And How To Be Body Positive? 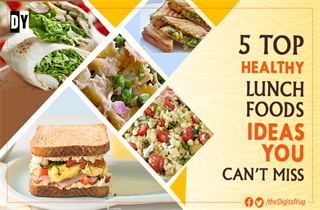