He has proudly represented India and won medals for the country in the world’s much-talked-about championships and contests. So many professionals, experts, innovators, thinkers, artists, sports personalities, and others rise their way up to the top in their fields, coming from different parts of the world. But, what really impacts people is the kind of work they do and the uniqueness they offer them to look up to. Hence, a handful of them always go ahead to acquire a special place for themselves in the hearts of people. They also attain such recognition because they leave no stone unturned in doing their best. Especially when it comes to sports, athletes and sporting talents need to remain consistent in their effort to be their better versions every time and thus go the extra mile to chase their goals and bring more glory to their nations, just like Mukesh Choudhary Gora has been doing since the last few years in MMA, Kickboxing and Wushu.

Mukesh Choudhary is an Indian MMA, Wushu, and Kickboxing sporting talent, who originally comes from Jaipur, Rajasthan, but the one, who now has made his name prominent across the nation in ways more than one. His knock-outs and his hand-leg movement, along with his acumen in the sport, have been a much-talked-about affair in the industry, which has what been one of the major reasons for his rise in these sports, attaining Gold, Silver, and Bronze medals in his journey.

Some of his achievements include winning championships and contests like Asian Championship, Matrix Fight League, South Asian Games, Asia Cup Championship, World Championship, and Super Fight League. At the national level as well, Mukesh Choudhary has earned an extensive list of medals and accolades that have helped him thrust forward in the sporting world.

He confesses how he was always intrigued since his growing up years about knowing how MMA, Wushu, and Kickboxing players played, and thus he would continuously take inspiration from the ones that did excellently well in these sports. This kept increasing his confidence, and he chose to jump into the same and started training.

Today, when Mukesh Choudhary (https://www.facebook.com/mukeshgora91/) looks back, he feels he has come a long way.

Previous article Dj Raahyl proved that "when you are focused and confident, you will step closer to your goal" 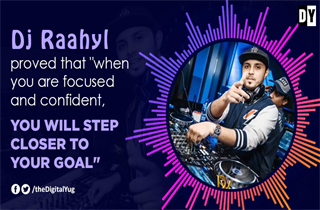