Many people fall victim to fake Ids and nude video call traps, blackmailed and threatened to viral the video online if not given the demanded money. Be aware of such traps. Creating an account on dating sites and chatting with strangers has become a trend among youngsters and even adults. While these apps may be luring and seem like a good way to kill boredom and make new friends, they also pose some serious threats. Hackers are misusing the information and pictures shared on dating apps and to some extent even a few social media handles.

With nothing much to do in the confinement of the homes and desperately seeking ways to get rid of the loneliness, many people chose to use dating apps. Since everyone is a stranger on these sites and you never know how genuine the person is, it is almost impossible to guess whether the person you have befriended is real or not.

While it may seem normal for the youth to exchange numbers and start friendships with strangers, you never know, you could be the next victim of fake ids and nude video call traps.

Fun Fact: Threats and blackmailing cases have been registered earlier but the number speedily rose during the lockdown.

How The Hackers Lure You Into A Conversation?

It all starts with a normal conversation and ends with blackmailing calls of exposing calamitous pictures and videos if not given the demand amount of money.

Note: Usually, in such cases, the victim is too ashamed to file a report or share it with anyone and end up giving the amount.

Be Aware, Do Not Fall Prey to Such Nude Video Call Traps

Since these types of cases are very private and the victim's names cannot be disclosed, the police officials consider not discussing such scams. However, it has become imperative to warn the youth as well as adults to not be lured into such conversations.

On request, while talking to a senior police official regarding such threats, he said,

"In May 2020, two men were arrested in Rajasthan in a case involving at least 100 men, aged 25 to 55, duped into an online scam involving nude videos of the victims. The defendants posed as women, befriended the victims and then demanded the nude videos, on the basis of which the victims were subsequently blackmailed. The criminals used photos of women as profile photos and spoke to the victims. They then used voice modulation software via chat to not arise any suspicion. The suspects share their cell phone numbers and continue to chat via the Internet mobile text messaging service. The 'women' promise to post nude photos for men after professing their love. The suspects then stream uploaded videos online to the victims and ask them to pose nude. Once a victim makes a video call posing nude, suspects use on-screen video recording software to record the call and start making threats."

If you have been threatened with such blackmailing calls and are not comfortable reporting to the police, you can join the telegram group named "Swachh Social Media" and share your concerns over there. Immediate actions and complete anonymity is guaranteed.

Blackmailing Cases – Your Safety, Your Priority

The number of such cases has increased to a massive number in the past few months. Be careful and vigilant about who you talk to on social media and dating sites and what information/ photos/ videos you are sharing with them. Starting a new friendship or a relationship is good, and not all accounts on dating sites or social channels fall victim to such cases. However, your safety and privacy should be your priority.

What is Search Engine Optimization & How it Works? 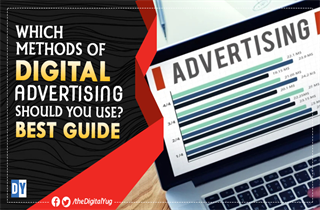 Which Methods of Digital Advertising Should You Use? Best Guide
Latest Updates Latest Updates from around the world
Trending Now Most read stories, topics, and videos