Munna Dubey is a popular Bhojpuri Lyricist who has also set out to venture into other regional industries. He has grabbed opportunities as a playback singer in a few movies and has not kept himself limited to singles and albums. The music industry has seen a lot of faces and heard a lot of voices. Everyone was wadded with equal enthusiasm and dripping passion for making a place and getting their deserving recognition. But the limelight is too dicey to play with. It failed to remain consistent with one person for long. However, this uncertainty couldn’t hold back Munna Dubey’s bubbling passion. Munna Dubey is a popular Bhojpuri lyricist who simply lost himself in music in his childhood only. When the lyrics were too much for him to understand as a child, he was thoroughly attracted to music, and his journey started.

Born and brought up in Bihar, Munna Dubey was not much exposed to the mainstream music industry. He belonged to a decent middle-class family. Back then, music used to be a source of entertainment. Although he received some support from the end of his parents, it was still pretty hard to convince them. Mostly, it was a challenge for him to stray out from his hometown to settle himself.

After Munna Dubey completed his schooling, he received his higher education from Kolkata University. He didn’t intend to get a career out of his academic degrees. Therefore, he didn’t proceed further with his education. Instead, he chased music.

Munna Dubey – Self Made Bhojpuri Lyricist

Taking up music as a career choice would be filled with more hurdles than he could imagine. But that shouldn’t be the excuse for a rising star. That’s how our music industry has earned Munna Dubey. He came into the industry all by himself, nurtured his voice with all his zeal, and now here he goes. The famous lyricist and music producer, as he has earned his fame.

Fun Fact : Munna Dubey has his own website – www.munnadubey.com, where his fans can get to know more about him, and clients can book an appointment.

Munna Dubey - A Dream to Share Studio with AR Rahman

From the Bhojpuri music industry to the Bollywood music industry, Munna Dubey has earned it all. His songs are widely popularized among the locals as well as getting famous throughout the nation. Moreover, he has been listed as the lyricist of his upcoming movies this year in December. With that, he has expressed his earnest aspiration to share the same studio with the legendary music composer of all time, A R Rahman.

Lyricist Dubey has made a long journey until now, aiming not to settle down unless he has hit the bell of success. Moreover, his desire to be a part of A R Rahman’s music team will certainly take him places. Always dipped in the thirst for learning more, Munna Dubey would rise beyond the horizon with his dreams. 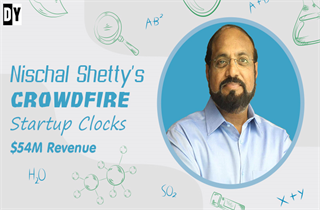 Murali K Divi : The Founder and the Managing Director of Divi Laboratories
Latest Updates Latest Updates from around the world
Trending Now Most read stories, topics, and videos