Pankaj Ramanbhai Patel (commonly known as Pankaj Patel) is an Indian billionaire entrepreneur business. He is the chairman of Cadila Healthcare, the fifth-largest pharmaceutical company of India founded by his father, Ramanbhai Patel, in 1952. Patel is also the chairman of Zydus Hospitals and president of FICCI. Pankaj Ramanbhai Patel (commonly known as Pankaj Patel) is an Indian billionaire entrepreneur business. He is the chairman of Cadila Healthcare, the fifth-largest pharmaceutical company of India founded by his father, Ramanbhai Patel, in 1952. His company is primarily engaged in manufacturing generic drugs, and its headquarters is in Ahmedabad, Gujarat, India. So, let us dive into this article to read the success story of this fantastic entrepreneur.

Note - Patel is also one of the richest men in India, having a total wealth of $5.1 billion, according to Forbes India Magazine, 2021.

Pankaj Patel married Priti Patel, and the couple has two children. Priti is the daughter of Dr. B D Patel. Pankaj's son, Dr. Sharvil Patel, is the MD of Cadila Healthcare Ltd., and he is married to Meha. Their daughter Shivani is married to Pranav D Patel, son of Dushyant D Patel.

Patel is also a member of various prestigious societies. Some of them are as follows:

Patel is a well-known philanthropist in India. He believes that philanthropic work is more than just donating in monetary terms. It is also about non-monetary aspects like giving your time, ideas, volunteering, etc.

Pankaj has won several awards and achievements for his outstanding contribution to the Indian Pharma Industry. Some of them are as follows:

Pankaj Patel is one of the most talented businessmen in India who fulfilled his father's dream, and his life journey is the epitome of hard work and honesty. Under his leadership, Cadila Healthcare became one of the top-rated pharmaceutical companies in India. He is an inspiration for all those who want to become billionaire businesses person in the future and lead a billion-dollar company. 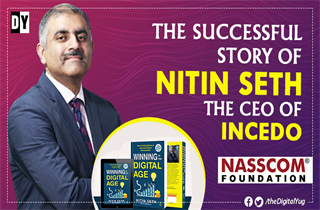