How Manish Malhotra Popularized the Costume Styling in Bollywood Alone?

Manish Malhotra is a well-known fashion designer which turned out stylist and costume designer of India and is popularly known for his work in Bollywood, Hollywood, Tamil cinema, and Telugu cinema. 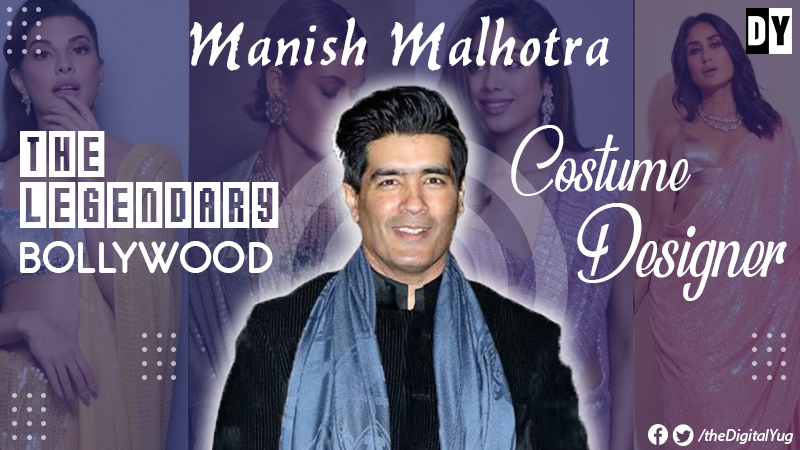 Manish Malhotra is a well-known fashion designer which turned out stylist and costume designer of India. He is popularly known for his work in Bollywood, Hollywood, Tamil cinema, and Telugu cinema. His marvelous creation with all the glamorous and bold looks is everyone’s favorite. He is also very reputed for the design of his wedding lehengas. Everyone wants to be a Manish Malhotra’s bride and look stunning on their wedding day. He also has his couture label that offers bridal couture, men’s wear, and wedding wear across his various stores in India and Dubai.

Note : Malhotra often promotes Indian craftsmanship and regional handicrafts from rural India and collaborates with them.

Manish always had a knack for fashion and suggested to his mother many styling tips as a child. He was an average student but loved extracurricular activities such as painting, sketching, drawing, and more. He started working in a boutique for 500 a month. Manish doesn’t have any qualifications in fashion and design but, this guy started styling all the biggies of Bollywood.

Fun Fact : Manish made his debut in Bollywood just at the age of 25 years.

Manish Malhotra has designed costumes for various superstars. He has worked as a designer for 50+ films. Some of the clothes designed by him are as follows:

Some of the awards won by Manish are as follows:

Manish Malhotra works closely for the saving Girl Child. He started a campaign, “Save and Empower the Girl Child”, in 2002 & a show at JW Marriott, Mumbai, where various celebrities walked the ramp with their daughters. They embraced traditional Indian crafts like Kashmiri and Chikankari embroidery.

He put up another show in 2014 at the Lilavati Hospital to support the “Save the Girl Child”. Various Bollywood celebrities like Malaika Arora Khan, Madhuri Dixit Nene, Lara Dutta, Mandira Bedi, etc., walked the ramp.

Manish Malhotra – Styling the Bollywood Since 1990

Staring from a small-time designer to styling all the Bollywood superstars, this man has come a long way. His story is nothing but an inspiration for all those people who believe in themselves and knows the importance of hard work.

Next article Struggles of Sonu Sood – Why it Took Sonu Sood 12 Years to crack Bollywood?