Sajiv Mehta is an Indian-born businessman and a Chartered Accountant by profession. He has been the MD & Chairman of Hindustan Unilever Ltd. since 2018. He also studied Advanced Management Programmer from the Harvard Business School. Sanjiv married Mona Mehta in 1993. 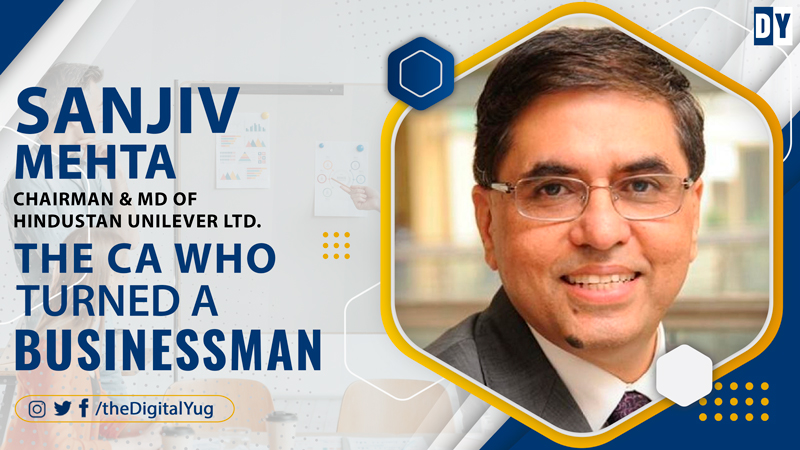 Sajiv Mehta is an Indian-born businessman and a Chartered Accountant by profession. He has been the MD & Chairman of Hindustan Unilever Ltd., India's FMCG Company (Fast Moving Consumer Goods), since 2018. Mehta also heads their businesses in South Asia as cluster president encompassing business in India, Sri Lanka, Bangladesh, and Nepal. Mehta is also a member of the company's Leadership Executive (its global executive board). Let's delve into this article to read the life journey and success story of this brilliant businessman.

Sanjiv was born in Kanpur, Uttar Pradesh, in 1959 to Anita Mehta and SP Mehta. His father was a retired senior executive with RBI (Reserve Bank of India), and his mother was a housewife.

Some of the other posts of Sajiv Mehta are as follows:

Some of the awards won by Sanjiv are as follows:

Sanjiv Mehta is one of those few businessmen who are Chartered Accountants by profession. He belongs to a well-educated family where they knew the importance of having a proper background with every student. Mehta spent most of his career working for Unilever, and under his leadership, the company saw some extraordinary heights. This man is a moral ideal and inspiration for all of us.