Devi Prasad Shetty is a famous Indian surgeon who has completed 15,000 heart surgeries to date and is the chairman of 21 medical centers in India named Narayana Hrudayalaya. 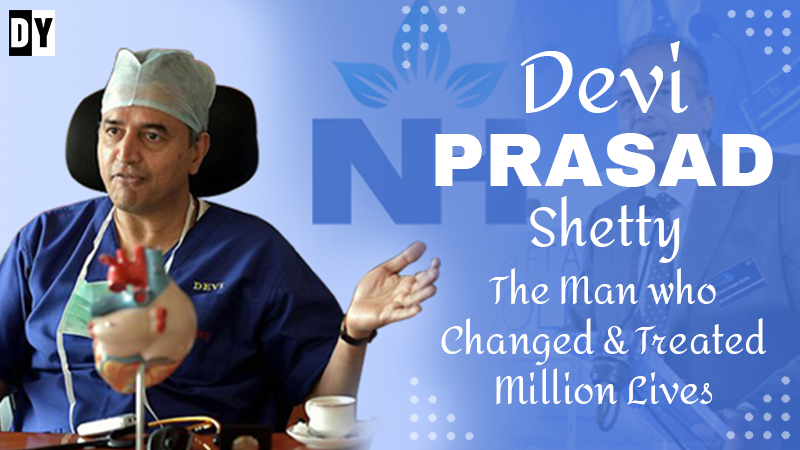 A man with the vision of creating a world with low-cost healthcare, Devi Prasad Shetty, is an Indian cardiac surgeon and entrepreneur. He has completed 15,000 heart surgeries to date and is the chairman and founder of a chain of 21 medical centers in India named Narayana Hrudayalaya. Poor people in rural northern India refer to him as Bypasswale Baba because no one who visits his hospital leaves without a bypass, and his inspiring journey is a must-read for every individual.

A man, who, as a child, dreamt of becoming a surgeon, not only became a surgeon, but also managed to save a million lives. Shetty not only brought excellence to surgery, but also aimed to help everyone he could by bringing the concept of low-cost health care to India.